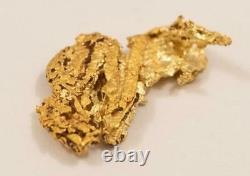 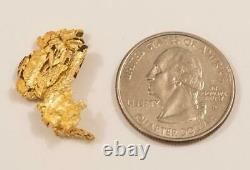 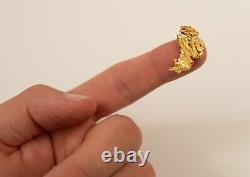 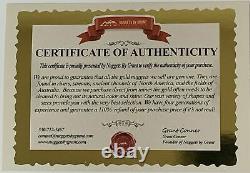 Brazilian Crystalline Dendretic Natural Gold Nugget 4.56 grams. Gold from Canudos /Bahia ethically mined. This Gold is around 90% assay and Uncleaned. You might find dendretic pieces and even crystalline. We are keeping them raw for your enjoyment. Emeralds are from a mine called Laranjeriras close to cachoeira/bahia. This unique green color is only found in one other place in the world within China. These Emeralds really spark in sunlight and hand cut.

Each Batch gets its own Gem Jar to Make this Collection Stand Out. The Details Behind Your Gold Nugget. What is a Natural Gold Nugget? It is a piece of gold that broke out of quartz deposits within the earth when erosion took place. It also goes by the name Placer Gold and each piece is a one of a kind with no two being exactly alike.

How many of those do you own? Why are some real bright and others dull Because it was formed underground in quartz deposit you often find quartz mixed in with it. When they broke off into the rivers and streams they tumbled against the sand and gravel, which gave the nuggets, it's texture but dulled it.

They can be cleaned in different solutions, and then tumbled in different media to give it the shine. What do we mean by Authentic, Genuine, Natural Gold Nuggets Not all Gold nuggets are natural, some people man-make them by taking smaller gold flakes melting them and casting them into the shape of a nugget.