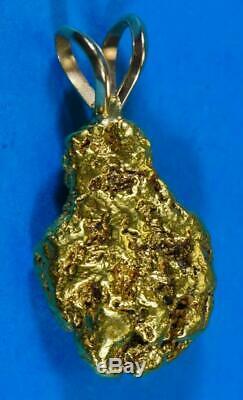 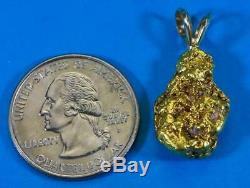 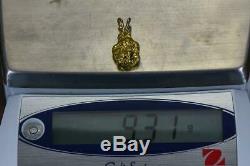 Authentic Natural Gold Nugget Pendant weighs 9.31 grams. The nugget assay around 82-86% , 20-21kt. No authentic gold nugget is 24kt as a natural one will contain other mineral.

We test our nuggets by sound, torch and scope and guarantee they are authentic and not man made. What is a Natural Gold Nugget? It is a piece of gold that broke out of quartz deposits within the earth when erosion took place. It also goes by the name Placer Gold and each piece is a one of a kind with no two being exactly alike.

The item "#669 Alaskan-Yukon BC Natural Gold Nugget Pendant 9.31 Grams Authentic" is in sale since Friday, November 29, 2019. This item is in the category "Coins & Paper Money\Bullion\Gold\Nuggets". The seller is "nuggetsbygrant" and is located in us.