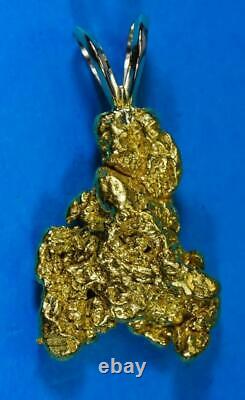 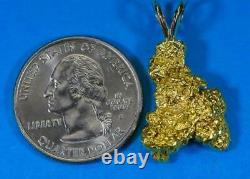 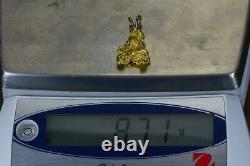 Authentic Natural Gold Nugget Pendant weighs 8.71 grams. The nugget assay around 82-86% , 20-21kt. No authentic gold nugget is 24kt as a natural one will contain other mineral.

Make sure to ask if they are genuine natural gold nuggets as found by the miners and come with a certificate of authenticity. The item "#697 Alaskan-Yukon BC Natural Gold Nugget Pendant 8.71 Grams Authentic" is in sale since Friday, June 5, 2020. This item is in the category "Coins & Paper Money\Bullion\Gold\Nuggets".